The complete history of Adobe Photoshop 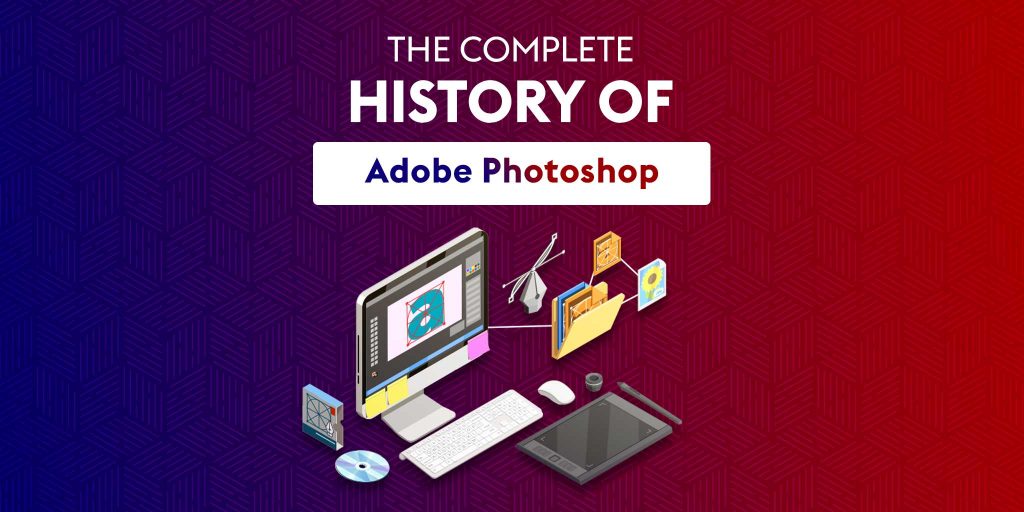 Display! What is it?

The story of Photoshop started in 1987, when one American Ph.D. engineering student of the University of Michigan, Thomas Knoll wrote a graphic applications subroutine on a Macintosh Plus computer.

This software was used to display grayscale images on a monochrome display.

Knoll named it Display. We now consider Display as the unofficial father of our beloved Photoshop.

The very first Photoshop version was released in January 1988.

Adobe Photoshop is a raster graphics i.e Dot Matrix Data Structure/square grid of pixels photo editor. It was developed and published by Adobe Systems for Mac OS and Windows.

The first version of Photoshop was distributed commercially by scanner company “Barneyscan XP”.

The creators of Photoshop was Thomas Knoll and John Knoll. It was created in 1987 since it has become an industry-standard photo editing and graphics design application. They later sold the distribution license to Adobe Systems incorporated in 1988 that was not publicly released. This demo was the primary far-famed copy of Photoshop with any dissemination.

From the very childhood, Thomas Knoll was very keen on Photography. He had his own darkroom for development in his basement. Most of the time he used to work on photos. One day Thomas Knoll was writing a computer program on his Macintosh Plus so that he can display grayscale images on a monochrome display.

This program called Display instantly grabbed the attention of his brother John Knoll who suggested that Thomas should turn it into a full-fledged image editing software. Then both brothers collaborated on the idea. And finally, they coded it and were able to make the first photo editing software(with a little help from their father).

1. The First Photoshop image was John’s wife on the beach taken from a trip to the Hawaiian Islands.

2. Photoshop 1 was released on the 19th February 1994 Macintosh exclusively.

3. Photoshop naming scheme was initially based on version numbers Adobe published 13 versions before the October 2003 introduction of Creative Suite branding.

5. Photoshop is available in 26 languages

6. Thomas and his brother John won an award on Scientific and Engineering Award for the original architecture, design, and development of Photoshop at the 2019 Oscars.

8. All the versions of Photoshop Logo

8. Here you can see all the versions of our favorite Photoshop from beginning to now.

Looking back in Photoshop we can see how a simple idea can evolve into a useful and impacting tool and it would not be possible without Knoll’s Display. We would not have our favorite magic photo editing software right!

Undoubtedly, Photoshop is a gem on the crown of Adobe. Its development is closely guarded.

Thomas Knoll is still making his hand dirty on making plugins coding and he will be remembered forever for his awesome work.

First comment… What we can learn from this article is that a small idea can make a big difference.

Really, you did a good work. You offered me a chance to look the photoshop history back through your article. It enhanced my knowledge on photoshop. In one word, just awsome work you have done! Thank you so much. Hope you will gift us such interesting and helpful article in near future. Thanks🙏

Thank you for your good review. Glad that the information in this article was helpful for you👍👍